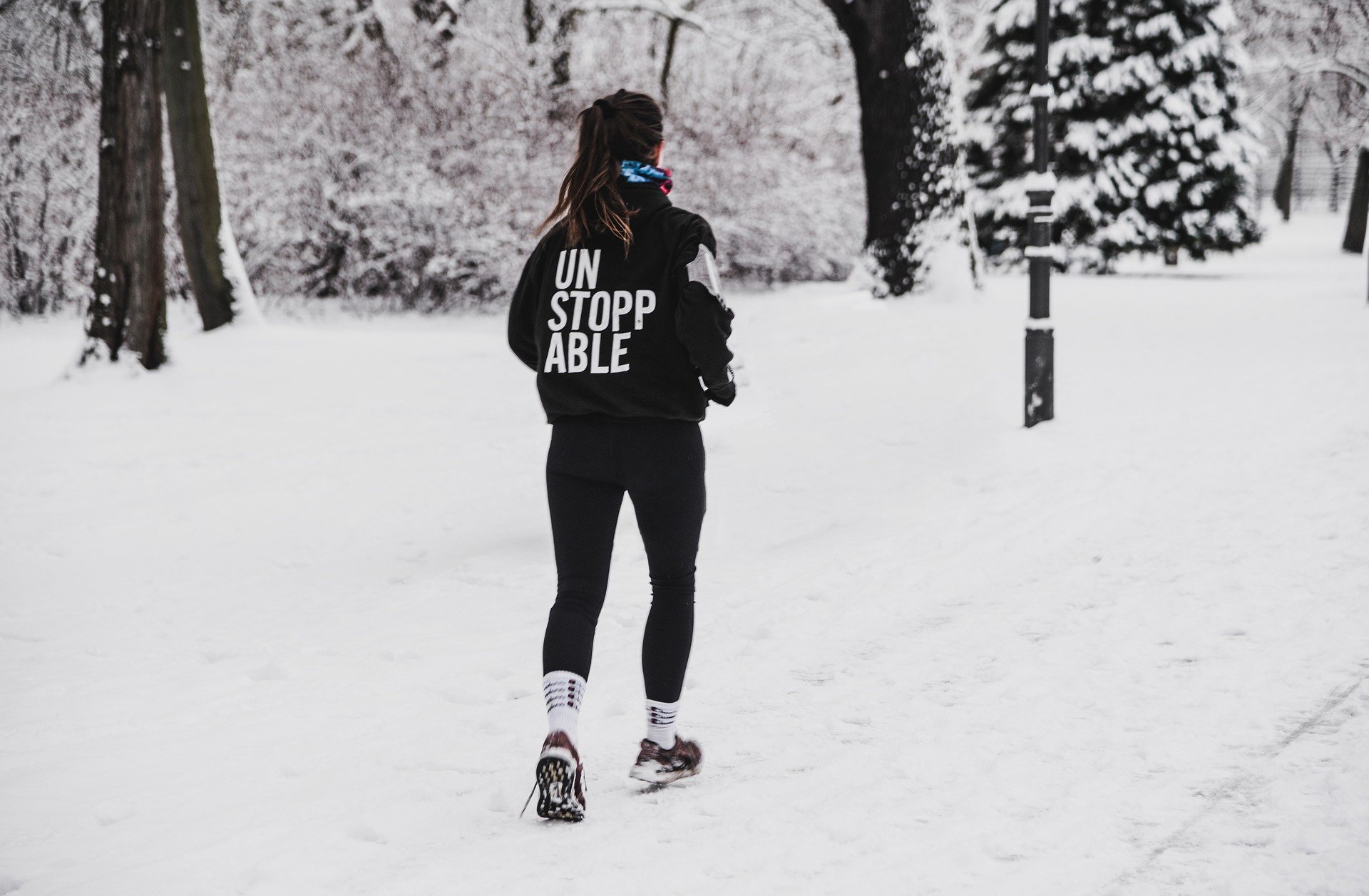 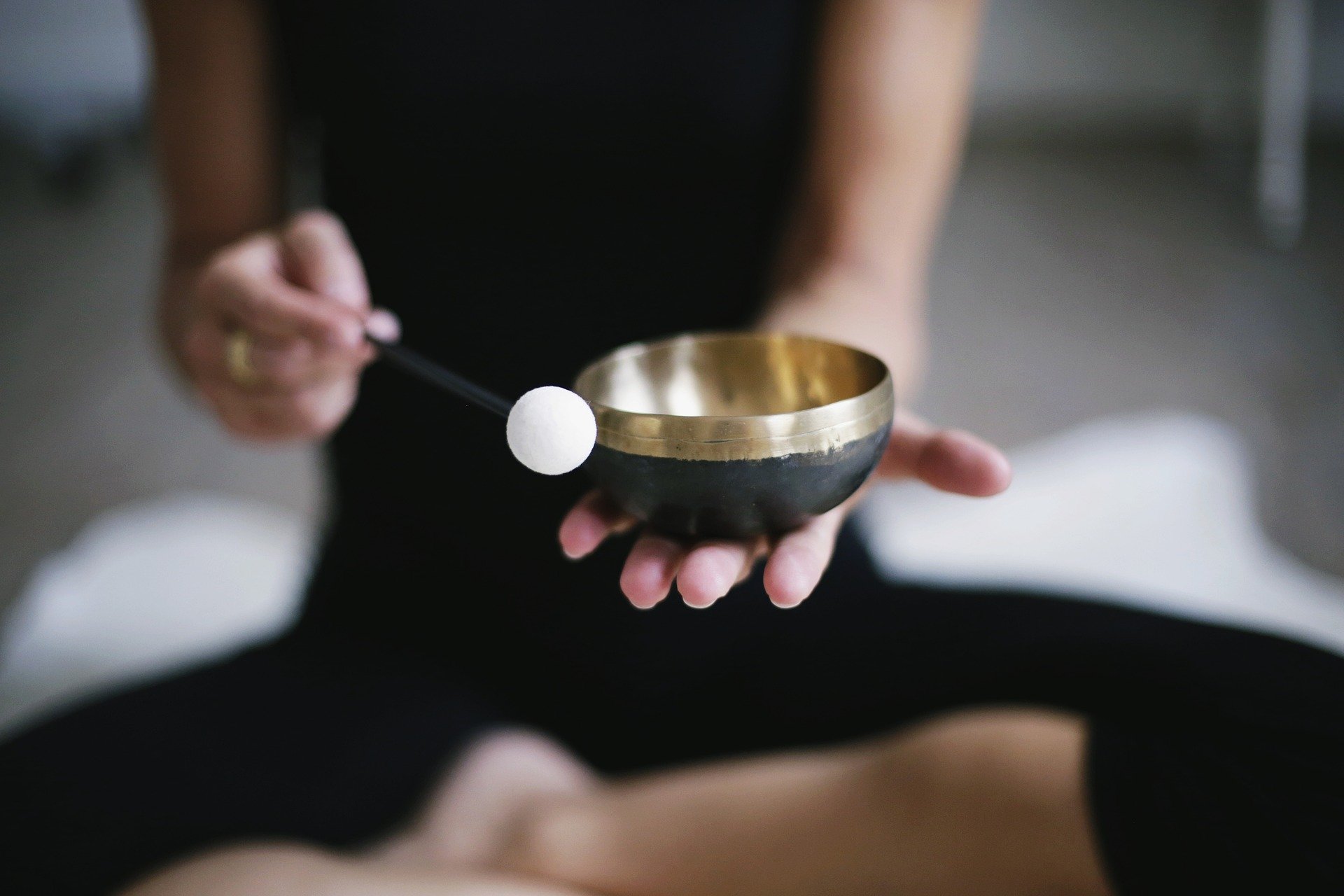 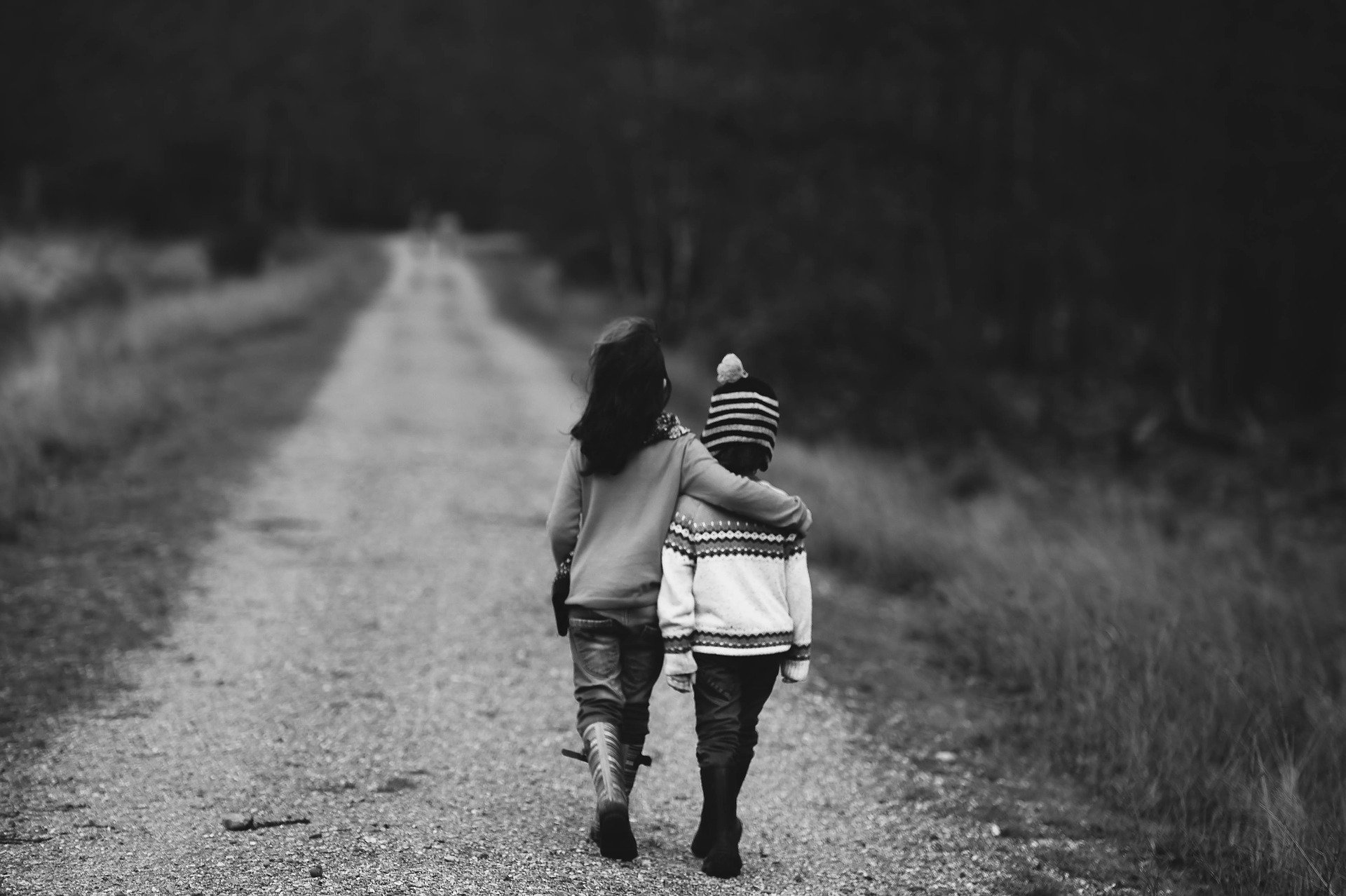 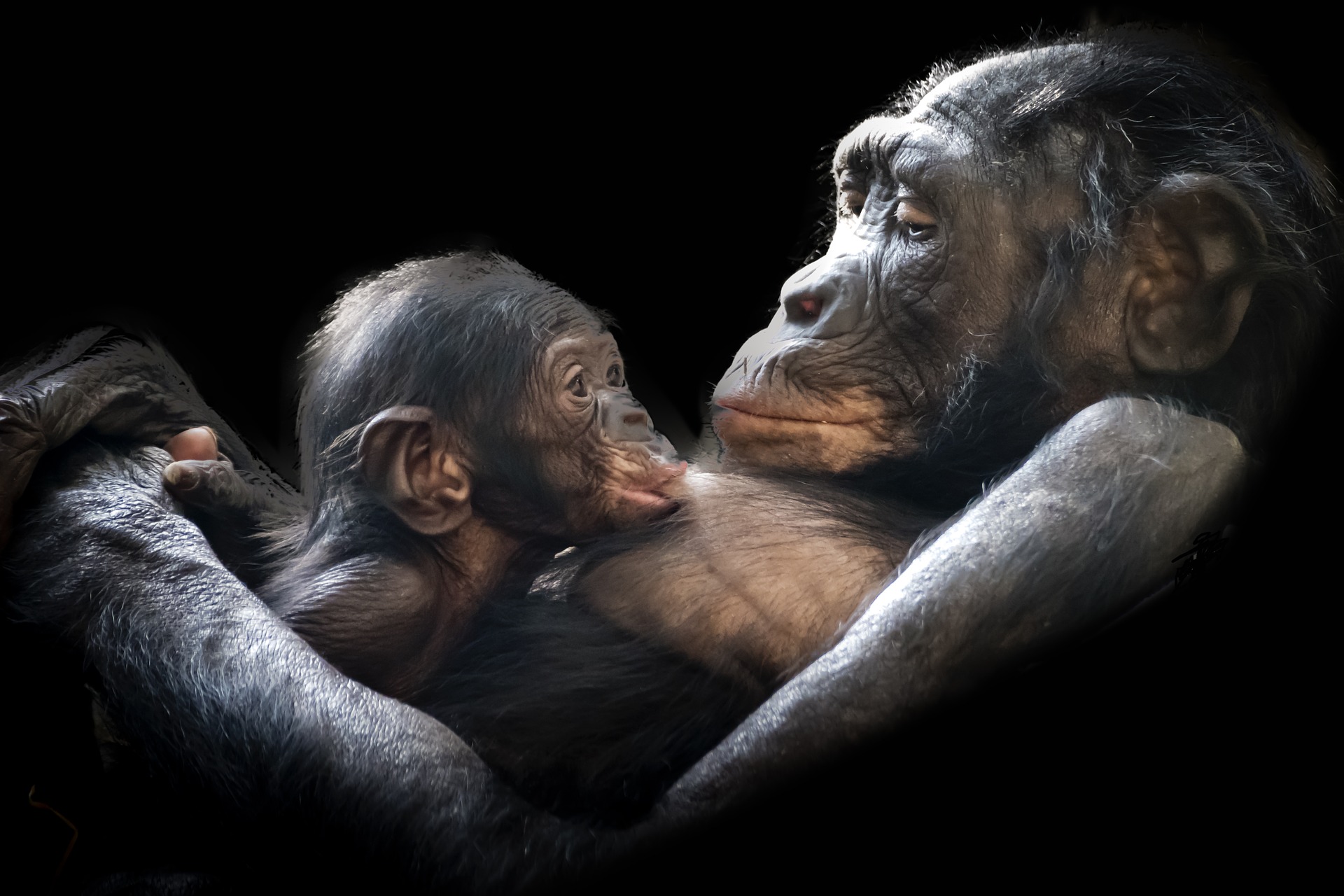 With school almost out, and if you’re like me, you’re probably scrambling to figure out how the heck you’re going to keep your kid(s) entertained all the live-long summer. Well, here’s a wacky idea: take ‘em berry picking.

I realize that may sound a little ho-hum to some, but it’s actually more fun than you might think, especially if you find a farm that offers lots of other activities for kids. Last year, we went to a family-run farm in McDonough, Georgia (about 45 minutes southeast of Atlanta), called Southern Belle Farm, right at the end of strawberry picking season (from April to June) and the beginning of blackberry and blueberry season (all summer). 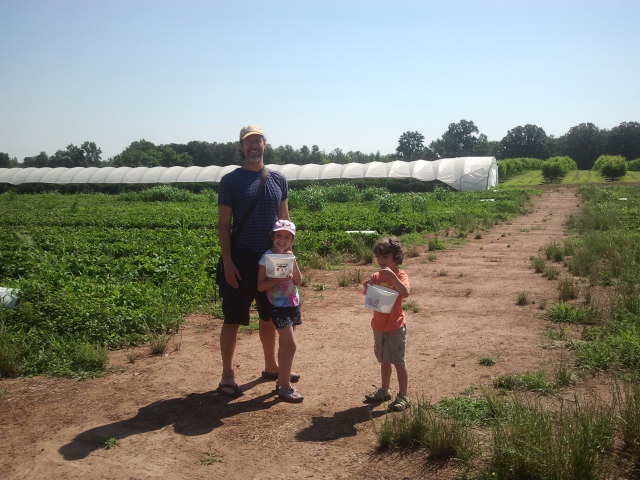 Not only did the kids get to see that (good) food really does come from straight up out of the earth (and not from a box), they loved combing the vines, looking for the biggest, ripest strawberries they could find, which became kind of a contest since it was the end of the season, and they were a little harder to
come by.

It was like an Easter egg hunt, but with a few less colors, and a few more bugs. 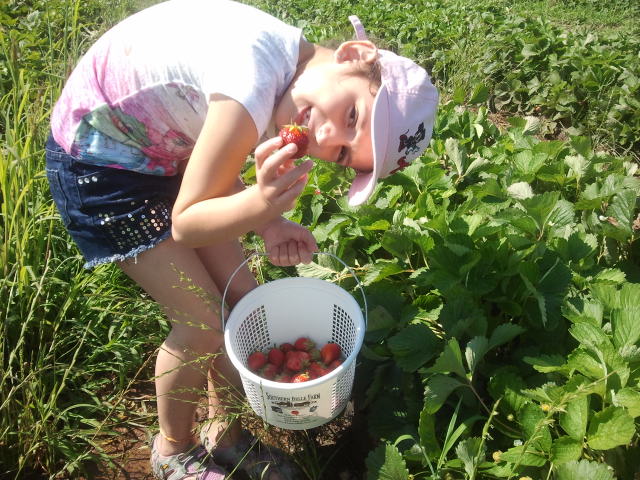 There were also raspberries and blackberries, which were huge, and very tasty (although Riley’s face tells a different story) . . . right from the bush. 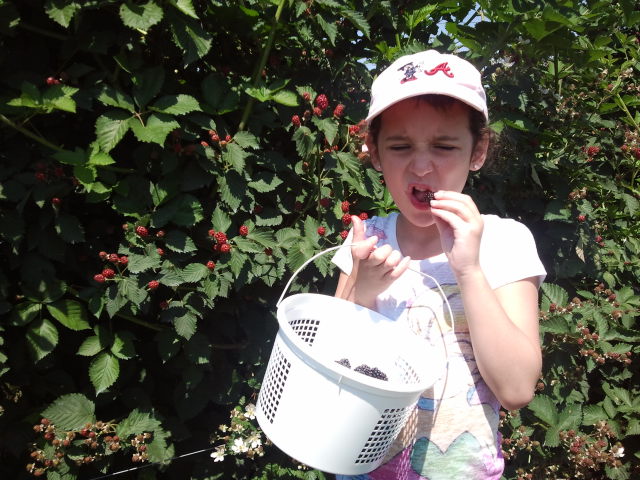 The kids also got to see a whole mess of barnyard animals, bounce around on a huge jumping “pillow,” and have some of Mimi’s homemade strawberry cake and ice cream. 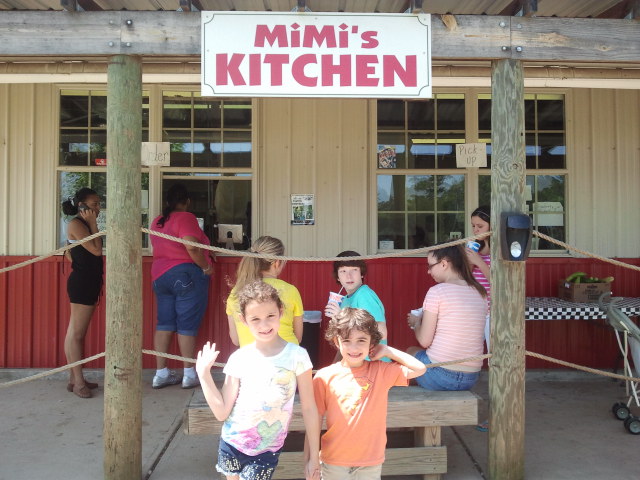 But wait, there’s more — which, for some reason, we missed on that particular day — like a live dairy milking demonstration, a hay ride tour of the farm, a cow train and racing pedal carts (but we still had a blast, and made an awesome blackberry cobbler that weekend). You bet we’ll be going back this summer, and maybe also in the fall when they showcase their pumpkin patch, corn maze and cotton picking.

All that and a couple baskets full of hand-picked berries? Hey, could be just the kind of wacky thing you need this summer. 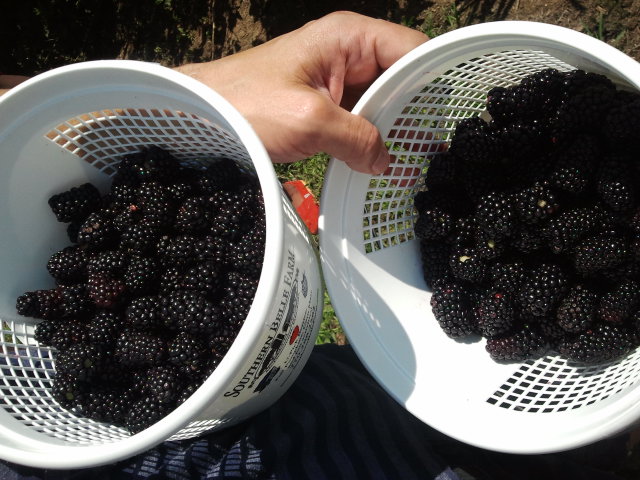 You can find a farm for berry picking in your area at www.pickyourown.org.